Marijuana is a mixture of dried flowers from the cannabis sativa plant and consumed in many ways.  The main psychoactive component or chemical in marijuana responsible for the intoxicating effects is delta-9-tetrahydrocannabinol or THC.  The chemical is found in the resin produced by the leaves and buds.  The various types of cannabis plants contain more than 500 other chemicals and more than 100 different compounds that are chemically related to THC, which are called cannabinoids.  When Newman Interventions performs family interventions, marijuana use often always comes up in the drug history and is part of larger drug problems.  However, there are millions of people throughout the United States who are solely using marijuana, and a percentage of them are addicted to the drug.  An addiction is defined as abusing mind-altering substances and ignoring the consequences of this abuse.  Marijuana is one of the most widely used substances within the United States.

Addiction to marijuana is not uncommon and there are many situations where the drug is impacting the lives of everyone involved.  For example, a couple who has children, and one of the spouses is smoking marijuana heavily, and it is affecting the life of their spouse and the lives of the children.  However, they refuse to stop using it for whatever reason.  This is a situation where a professional intervention helps because despite marijuana being a soft drug when compared to other substances, it still causes addiction.  Someone who uses marijuana daily is addicted to it and uses it for its mind-altering effects.  Professional intervention can be done for someone who is using marijuana, and Newman Interventions will help. 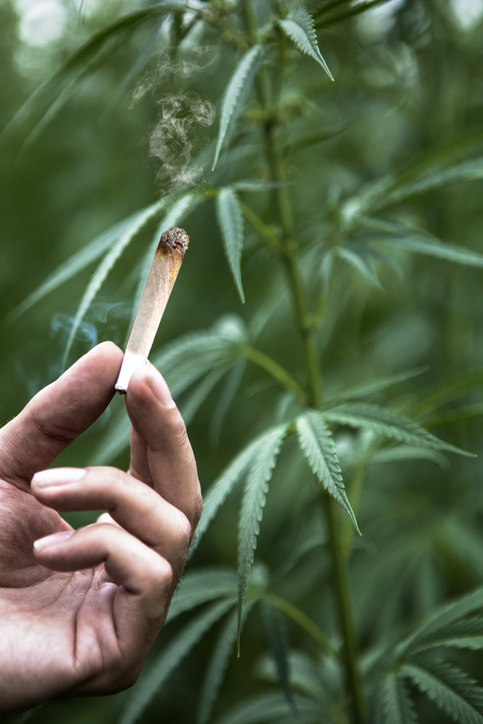 The Scope of Marijuana Use in the United States

Marijuana is the most commonly used illicit substance along with alcohol throughout the United States.  Eleven states and Washington D.C. have fully legalized marijuana, and countless other states have it legalized for medical consumption.  Per the National Institute on Drug Abuse around 22 million Americans have used marijuana in the past month.  Marijuana use is more prevalent among men than women, and that gender gap has widened over the years.  The use of marijuana is also wide-spread among teens and adolescents.  When they start using marijuana at this age, they are affecting the development of their brain.  The adult brain does not stop developing until someone reaches the age of 25, and any type of drug use impedes that development.  Close to 40% of 12th graders in the United States had used marijuana in the past year.  There is an on-going argument whether or not marijuana is a gateway drug, and realistically it does open the door for a person to experiment with other drugs.

When you choose to use marijuana, it could be for several reasons.  However, if someone is using it to cope with physical or emotional pain, it provides them the temporary relief they need.  Time passes and they choose not to address the underlying problems because they feel the marijuana is helping, yet the pain tends to become worse.  The mind knows that marijuana helps mask the pain, but then you start to become curious about other drugs, such as prescription drugs.  These types of depressants, stimulants, and opioids are far more potent than marijuana.  Therefore, prescription drugs or even illicit drugs become the new solution to manage the pain.  This is a more common situation than what Americans want to believe.  Prescription drug abuse is a widespread problem throughout the United States, and marijuana is often always involved.  If you feel your loved one is addicted to marijuana, contact Newman Interventions, and we will help.  It is never too early to intervene and prevent addiction from taking over.