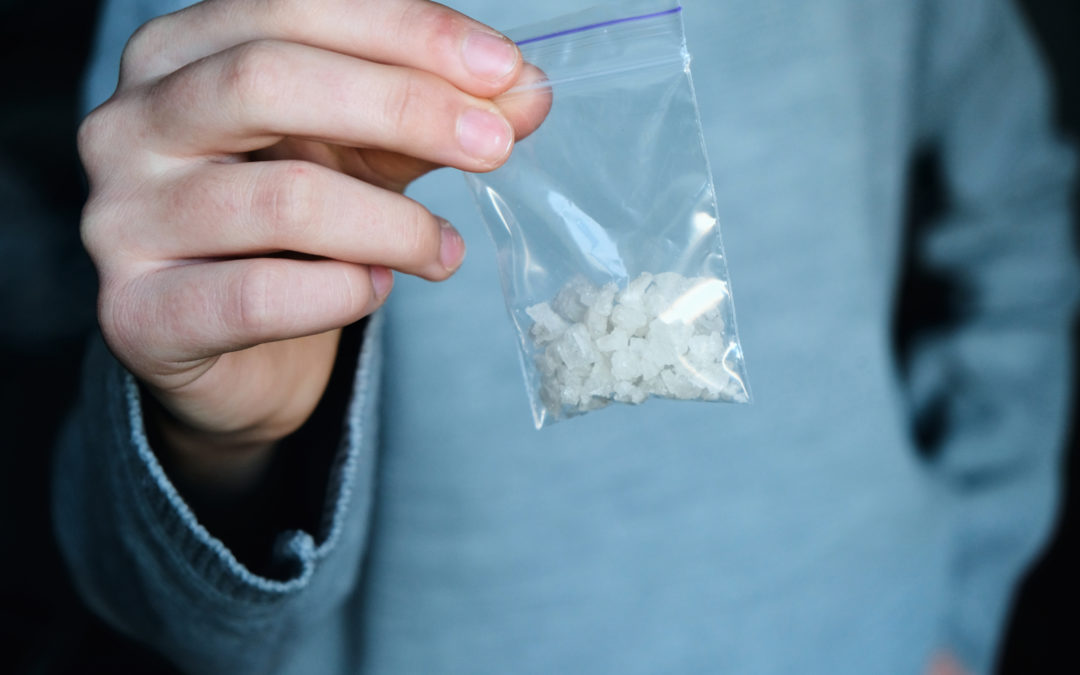 Methamphetamine is still a significant problem here in the United States. The opioid epidemic has deservedly garnered significant attention.  The data from 2018 shows that 128 people every day in the United States die after overdosing on opioids.  The Centers for Disease Control and Prevention estimates that the total economic burden because of prescription opioids totaled over $78.5 billion a year.  The National Institute on Drug Abuse estimates that between 21 and 29% of patients prescribed pain medication for chronic pain misuse the medication.  Between eight and twelve percent of patients develop an opioid use disorder.  Public health officials have focused on the opioid epidemic in recent years.  However, during the time opioids have ravaged the country, methamphetamine use is also surging in many parts of the nation.

Methamphetamine Addiction in the United States

Methamphetamine has been known to be a drug of misuse for decades.  The drug is a Schedule II stimulant that has a high potential for abuse.  Most methamphetamine is sold illegally and can be smoked, swallowed, snorted, or injected.  The effects of meth begin and fade quickly, which drives the constant need to use the drug.  Between 2011 and 2017, the overdose deaths involving meth more than quadrupled.  Treatment center admissions for meth addiction are up 17%, and between 2008 and 2015, the rates of hospitalizations related to meth jumped over 240%.

Methamphetamine has continued to have a strong presence throughout the West and Midwest, and close to three-quarters of law enforcement in this part of the country say meth is their biggest drug threat.  The bulk of funding and attention from Washington D.C. is placed on opioids.  Despite knowing that drugs such as methamphetamine are destroying families across the U.S., the bigger story has been opioids.  The trend in rising stimulant use is nationwide.  The 2017 survey of U.S. household members aged 12 and older reported less than one percent of people used methamphetamine in the past month.  The number of past month meth users overshadowed past month heroin users.

Meth addiction is dangerous, unpredictable, and the physical and psychological toll meth takes on the body makes it one of the deadliest drugs available.  The first symptom of meth addiction is a sudden loss of interest in areas of life that were once important.  For example, losing interest in hobbies, relationships, and career goals.  There are a variety of behavioral and physical symptoms, such as paranoia, hyperactivity, skin sores, reduced appetite, agitation, erratic sleeping patterns, mood swings, and weight loss.  Consistent use of methamphetamine causes prolonged periods of anxiety and insomnia that last three to fifteen days.  These patterns of tweaking occur at the end of a drug binge when a meth user no longer feels the effects of the drug.

Treating meth addiction is not easy, and the average family with a meth-addicted loved one will organize a family intervention to help them. Methamphetamine is an unpredictable drug, which is why a meth intervention involves family and friends coming together with a professional interventionist.  Family intervention, properly organized works ensuring the drug-addicted person will receive the treatment they need.  The rehabilitation process requires detox, followed by lengthy residential treatment.  However, if the family is unsure about what treatment to use, an intervention professional can provide recommendations.

The methamphetamine per-gram purity levels averaged above 90%, while prices remain low and stable.  Mexican drug cartels continue to produce large kilogram quantities of low-cost, high-purity methamphetamine.  There is an oversupply of meth in Mexico, which has led to meth prices in the U.S. remaining at record lows and the purity level extremely high.  Methamphetamine continues to be a significant drug threat within the nation.  More attention is placed on the problem; for example, the number of news articles mentioning meth has steadily increased since 2017.  As of 2020, the use of methamphetamine continues to vary considerably by region of the country.

Drug overdose deaths and treatment admissions involving methamphetamine are increasing, because the drug is mixed with other drugs, such as opioids.  The combination of meth and opioids is not an old trend, but high potency opioids contribute to the number of meth-related overdose deaths.  The issues connected with opioids continue to be a problem across the country.  However, through prescription drug monitoring programs and prevention efforts, more lives are saved.  Methamphetamine and the popularity of other stimulant drugs continue to rise, and only through prevention, intervention, and treatment are lives saved from meth addiction.