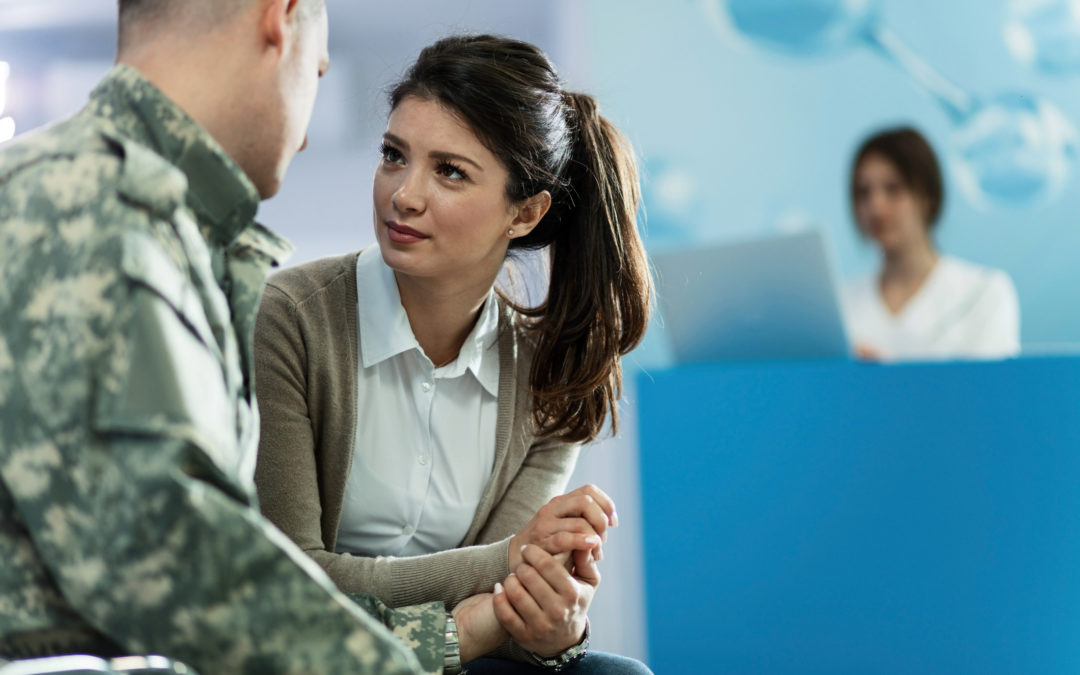 In 2018, nearly one in five Americans aged 12 and older used an illicit drug in that past year.  Also, in 2018, over 139 million Americans aged 12 and older were previous month alcohol users.  Substance abuse impacts millions of Americans, and this includes those in the United States Military.  However, between 2009 and 2016, the number of new alcohol or substance abuse problems per year has been a declining trend for active duty service members.  However, when help is needed, TRICARE health insurance does provide various resources to treat addiction.

TRICARE was formerly known as the Civilian Health and Medical Program of the Uniformed Services.  It is a health care program of the United States Department of Defense Military Health System and provides civilian health benefits.  The health benefits are provided to US Armed forces military personnel, retired military, and their dependents.  The TRICARE program is managed by the Defense Health Agency, and the Department of Defense health care delivery system, services over 9.4 million beneficiaries.

Getting someone to commit to drug addiction rehabilitation is not easy, regardless if they are active duty service members or not.  Family intervention is a common approach used to convince an unwilling person to commit to treatment.  A drug and alcohol intervention is only as successful as the family organizing it and the professional interventionist.   The average person addicted to drugs or alcohol is not 100% willing to go to treatment.  Whether they are active-duty military or a civilian with an insurance plan, going the route of a family intervention service is an optimal solution.  When the time comes for treatment, health insurance plans cover residential programs, outpatient, intensive outpatient, detox, and other forms of therapy.  Employer-based health insurance in the United States remains the most common, covering 55.1% of the population for all or part of the year.

Does having health insurance ensure substance use treatment?

Per the 2018 National Survey on Drug Use and Health, in 2018, close to 950,000 adolescents aged 12 to 17 needed substance use treatment in the past year.  Roughly 5.2 million young adults aged 18 to 25 required rehabilitation for a drug or alcohol addiction the previous year.  Additionally, over 15.1 million adults aged 16 or older needed treatment for a drug or alcohol addiction in the past year.  Most of these individuals have health insurance with varying plans and levels of coverage.  However, not everyone will seek treatment for addiction.  People struggling with drug or alcohol addiction need a push, whether through intervention or a life-changing moment.  Having health insurance does not always ensure treatment for addiction.  The process starts with early intervention and contacting an interventionist near you for help.

Per the 2018 Results from the National Survey on Drug Use and Health, an estimated 164.8 million Americans aged 12 and older were past-month substance users.  In 2018, approximately 8.5% or 27.5 million Americans did not have health insurance, per the Health Insurance Coverage in the United States.  There are countless Americans who are unable to access treatment because of not having health insurance.  Private health insurance coverage in America is often employment-based, which is a plan provided through an employer or union.  There is also direct purchase, which is coverage purchased directly from an insurance company or through a federal or state marketplace.  Finally, there is TRICARE, which is coverage through TRICARE, formally known as the Civilian Health and Medical Program of the Uniformed Services.

Public coverage is through Medicare, which is a federal program helping to pay health care costs.  There is also Medicaid, the Children’s Health Insurance Program, and individual state health plans.  CHAMPVA or VA are civilian health and medical programs of the Department of Veterans Affairs, as well as care that is provided by the Department of Veterans Affairs and the military.  In 2018, approximately 91.5% of Americans had health insurance.  Private health insurance continued to be more prevalent than public coverage, covering 67% of Americans.